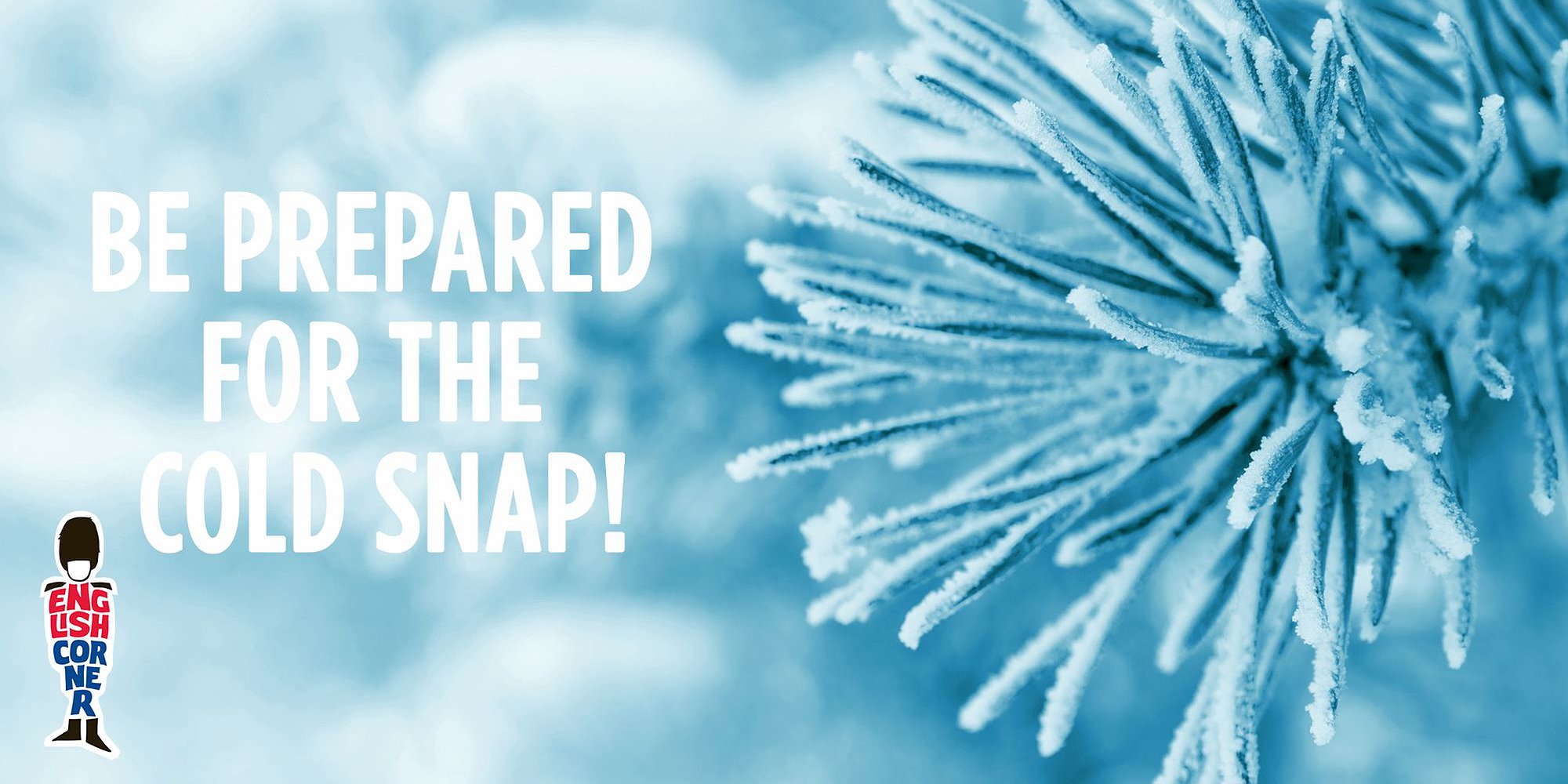 BABY IT'S COLD OUTSIDE!

If you were in Milan yesterday, as well as a feeling for the cold snap, you would have seen a special event. Around 5pm it started snowing, but not just a little - a lot!

Usually, snowfall happens during the night, so when you wake up you see this wonderful sight of snow-covered houses and buildings. This time was different as you could see snowflakes in front of your very eyes, and it was very cool to see.

When it snows heavily in some areas, everything just stops the next day, like transports, work and shools. Some people break into a cold sweat at the thought of not being able to go our or being trapped inside some place. Fortunately (or unfortunately, depending how you look at it) snow doesn't settle for long anymore as the weather is so changeable nowadays. However, if you're snowed in again, here are some idea what you can do being stuck indoors:

Usually when you haven’t emailed friends for a while, they start to think that you are giving them the cold shoulder. Email them back to reassure them you’re not. When people had to write letters before the internet, it was understandable that it could be a tiring thing to do regularly. However, in the cold light of day, there are no excuses not to catch up with your emails and reply to a friend, particularly when you can’t go outside!

I know not everyone likes horror films but spine-chilling movies that make your blood run cold always warm up the spirit!

If you’re stressed at being snowed in or you’re snowed under at work, a bath is a good way to take away your troubles.

Don’t leave your family out in the cold on what is happening in your life. People usually forget how quick time goes, so give them a call and update them. Parents in particular would be very happy to hear from you.

When you can’t go outside because of the bad weather, it always cheers you up to start looking at holidays online. If there is one you have always wanted, don’t get cold feet and just book it.

Give up a bad habit and start cooking

Cooking is the fashionable thing to do nowadays. Don’t pour cold water on the idea if you can’t cook because you can find recipes on our blog, too. It’s also a good time to stop a bad habit. People do say the best way to give up with something bad is to go cold turkey.

Amount of snow that falls during a specific period of time.

A particle of snow.

Verb that snow does when it falls on the ground and stays.

BREAK INTO A COLD SWEAT

To suddenly become very scared about something.

TO BE SNOWED IN

Being trapped somewhere because of too much snow.

GIVE SOMEONE THE COLD SHOULDER

To behave in an unfriendly way to someone / ignore.

IN THE COLD LIGHT OF THE DAY

To think about something clearly and often feel shame afterwards.

To make you very scared about something.

LEAVE SOMEONE OUT IN THE COLD

To not involve someone in something, like a group.

TO GET COLD FEET

To suddenly become too scared to do something planned.

TO POUR COLD WATER ON SOMETHING

To try and stop and idea to do something.

To stop a habit all in at once, not slowly bit-by-bit.